Back to Projects & Initiatives

The REACT team's first call was on that fateful day of 9/11. The city of Glendale asked the REACT team to help close down the streets surrounding Luke Air Force Base until cement barriers could be set in place.

The major goals of REACT are:

MCDOT is the lead agency for the implementation of the REACT program. 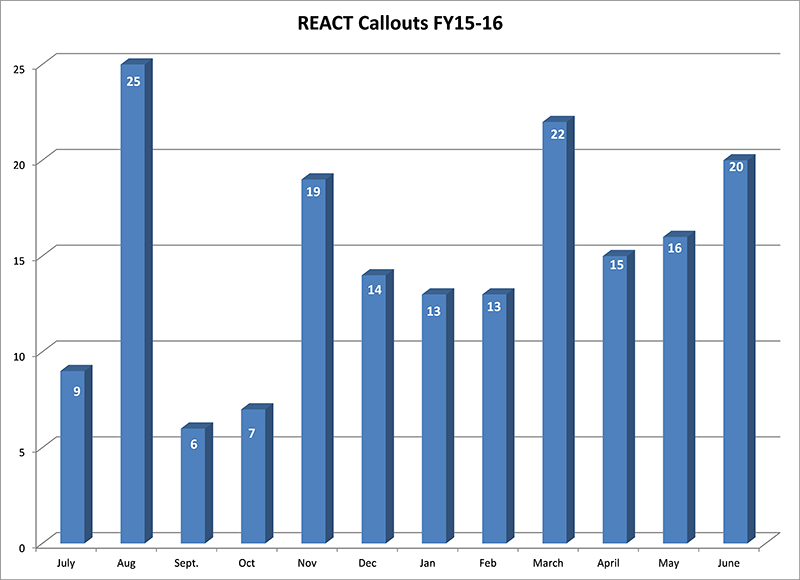 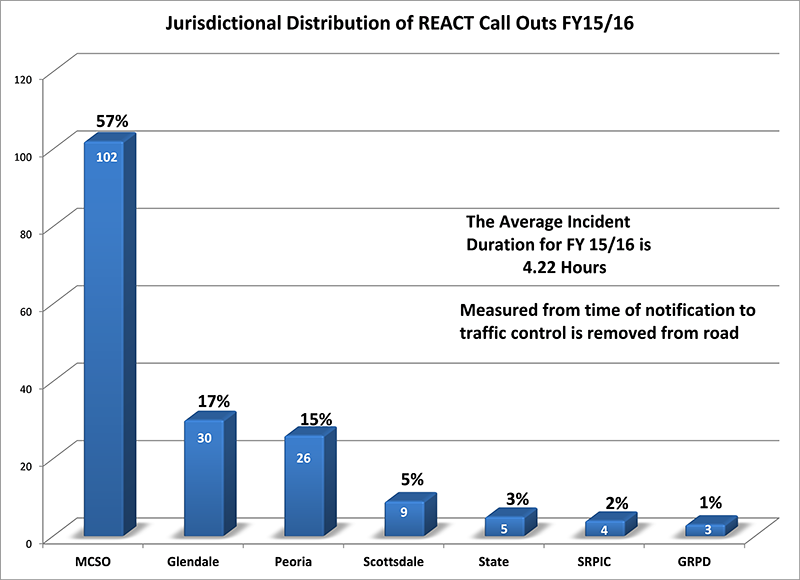 Benefits of the Program

Benefits demonstrated by the REACT traffic incident management program include enhanced safety of the traveling public and first responders, security of incident site, timely information to the public, optimum mobility and minimizing clearance time which contribute to congestion relief and economic savings.

Benefits demonstrated by the REACT traffic incident management program include improved safety for emergency responders and investigators by providing better traffic management at incident scenes, increased safety to the motoring public and reduction in secondary accidents through deployment of clear and efficient traffic control.

Some of the specific benefits include:

The program reduces the adverse economic impacts associated with long-term incident congestion and provides an efficient use of community resources through inter-jurisdictional cooperation. Some of the specific economic benefits include:

Future plans include expanding REACT to include the Salt River Pima-Maricopa Indian Community.